What Is A Short Squeeze? 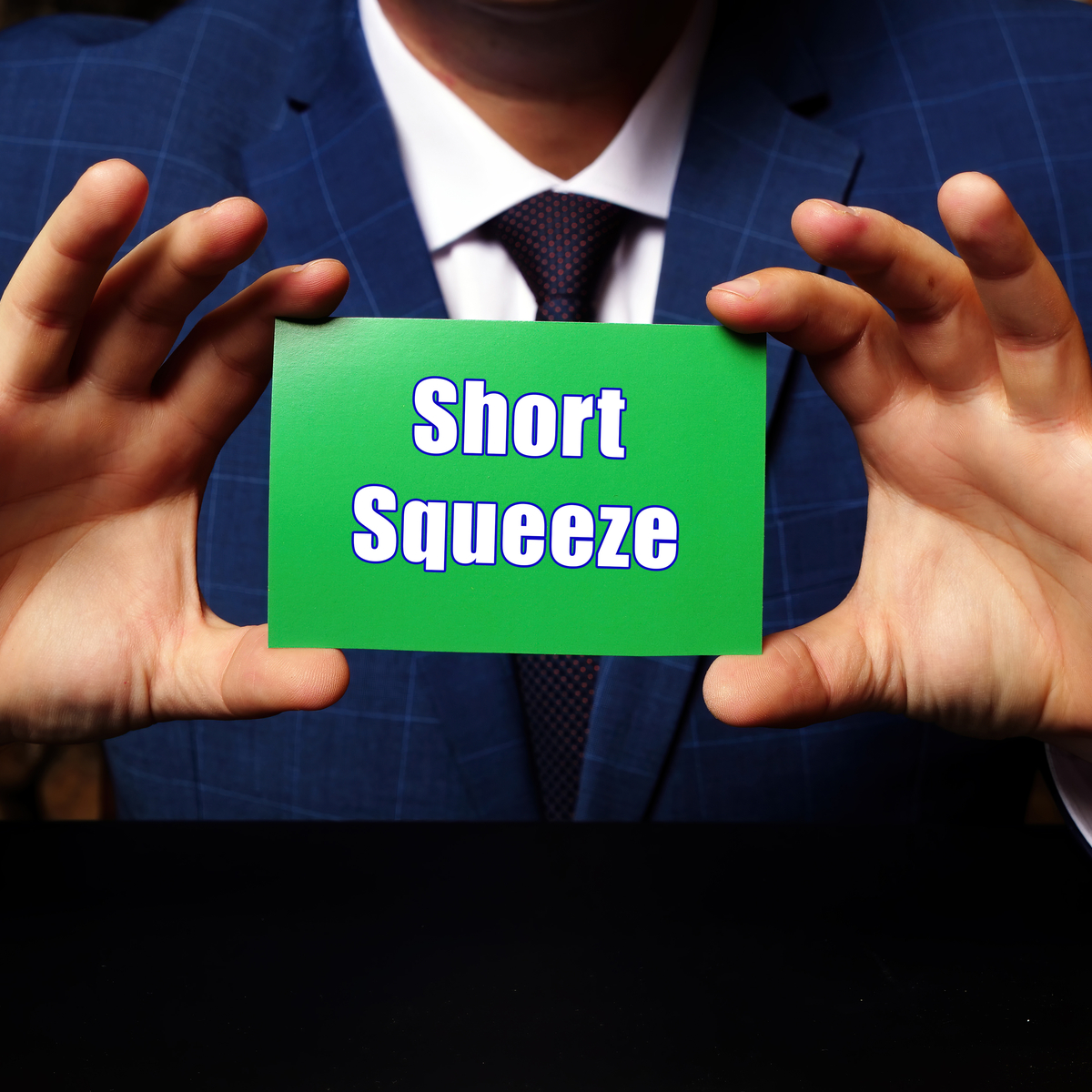 Short squeezes occur when a stock's price is driven up by short-sellers who need to cover their positions (generally at a loss).

This can happen, for example, if a company was expected to release negative news that would cause the share price to go down, but then announced surprisingly good news instead (leaving those who bet on the stock to go down forced to cover or "buy" their position back at a loss).

Short sellers are forced to buy back their shares at an inflated cost and leave the market with losses. A short squeeze can send a stock's price skyrocketing in just minutes or hours due to this increased demand and reduced supply of shares available for purchase.

Short squeezes are often difficult for investors because they generally don't last long before prices return to normal levels once again (but not in all cases) so it is important not to overestimate the opportunity.

What Is A Short Squeeze?

A short squeeze is a situation where the rising price of a stocks shares forces investors who are betting on the stock to go down (shorting) into buying their shares back in order to close their position. 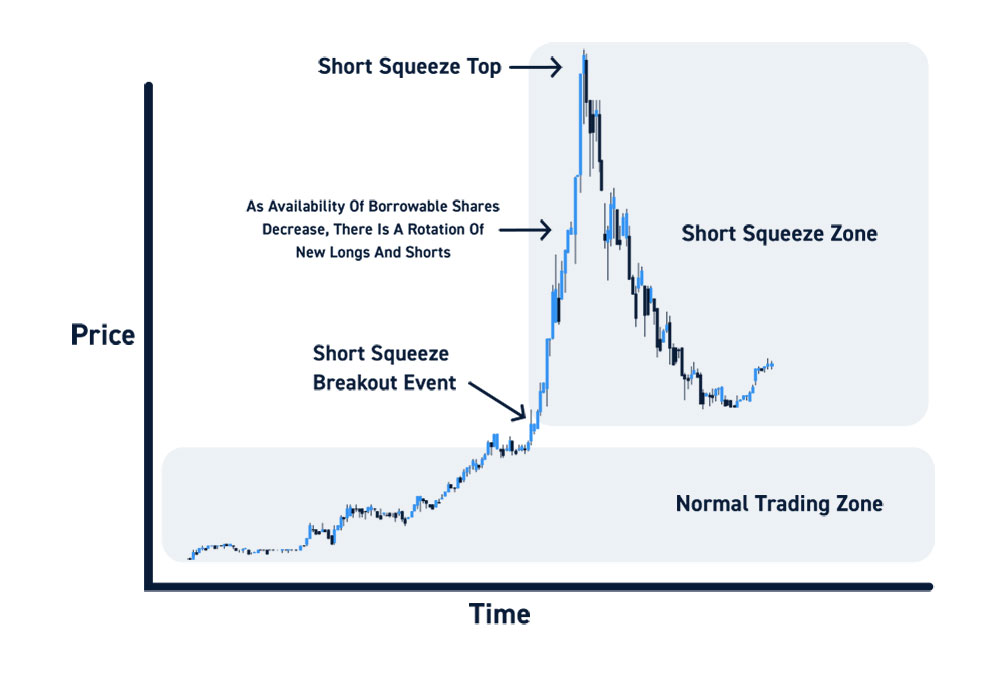 Short sellers exit their positions with buy orders and push prices higher. The continued rapid rise in price also attracts buyers to the security, creating a combination of new buyers and panicked short-sellers that can create large moves to the upside as seen in the image above.

Short-sellers can face losing money if the stock they are shorting suddenly rises. This may happen because of a positive news story, an announcement from the company regarding their products, or an earnings beat that excites buyers and leads to increased interest in this particular investment opportunity.

This turnaround could be temporary, but if it is not, then there will likely be massive losses as the expiration date on their positions approaches which generally forces them to sell out immediately even at a significant loss. 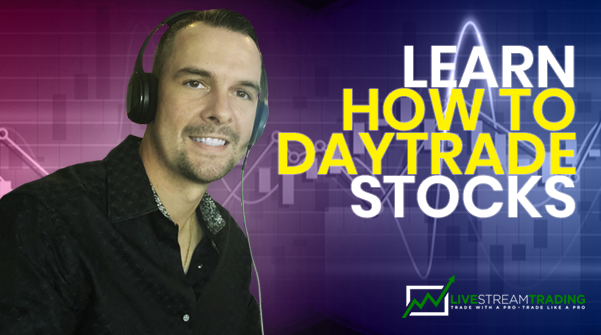 Protect Yourself Against Short Squeezes

There are some actions you can take to try and protect yourself against a short squeeze.

You should either place stop-loss or buy limit orders on your short positions, which will curb the damage done by them. To learn about all the different order types you can send to the market with your online broker, please see this article.

For example, if you sell something at $50 per share and want to close it out later for whatever reason (for instance, that price has been hit), put in the order above what is left of your initial investment as a percentage - 5%, 10%, etc., depending on how much risk you're willing to expose yourself too.

If shares rise into this range, then they'll be closed immediately, so even if there's still stock available for purchase after reaching these limits initially set up through market conditions, it won't matter because all remaining open trade shares are closed by this automatically placed stop-loss or buy limit orders.

You can also buy the stock (or an option to buy) and get a long position on it. This will hedge your risk against short positions so that even if prices fall, you still benefit from price increases in the market.

Indicators Of A Short Squeeze

Although short squeezes are notorious for descending quickly and unpredictably, there are signs that one may be coming.

For starters, the price of a stock begins to rise over an extended period of time.

Secondarily, investors begin buying up large numbers of shares within a few days or weeks due to panic about missing out on potential profits - this can trigger further increases in share prices as other traders follow suit by also purchasing more stocks themselves.

A sudden increase in the number of shares bought could indicate a short squeeze.

When short-sellers aim to profit by selling high and buying low, a rise in the price of a stock can make it more difficult for them to do so. A "short squeeze" is when prices increase rapidly due to this issue with supply/demand.

When demand increases without an equivalent increase in quantity sold, scarcity ensues, which drives up cost - often forcing those who are short on their bets (or have lost hope) into covering what they owe at any available expense or cut losses altogether (which benefits buyers). This effect may cause people already holding stocks that see significant gains to even further benefit from skyrocketing shares before others realize there's been such growth!

High short interest ratio (SIR) or days to cover above 10 can be found by using sites like FinViz.

This is a comparison of how many days it would take for all the shares borrowed and sold if the average daily trading volume were used in order for shorts sellers to exit their positions before borrowing expires.

The higher this number, the more likely there will either be a buying frenzy which causes prices to increase even further; leading buyers who are fearful of missing out on potential gains causing them to purchase stock at any price possible during the next several weeks until supply increases due to investors selling.

Creating downward pressure making buyouts less attractive and profits difficult with high amount outstanding shareholders demanding dividend payments which cause stock not worth purchasing as much anymore because they have already collected.

How To Take Advantage Of A Short Squeeze?

It is hard to predict when short squeezes will happen, but they usually have a catalyst – an event leading to the price going upwards.

To profit from them, it helps if you can recognize that something like this might be happening and take precautions in case of such events.

The more traders short a stock, the higher the chances of it getting squeezed up. The general idea is that if there's too much supply and not enough demand for shares in a company to be sold or bought at current prices (i.e., lots of people are shorting), then we think you can expect some upward movement out of this less-than-ideal situation sooner rather than later.

The Short Interest Ratio is a number that you can calculate by dividing the short interest into company shares being sold short, divided by the average daily trading volume of those same stocks.

A daily moving average chart shows you how the price of a stock has moved over time. You can use this to see if it is going up or down and by how much.

A short squeeze is a trend where share prices go up and down rapidly, with an impetus moment that cascades afterward. If you follow a company that has overall poor results, but the brand announces the release of a revolutionary product, then short sellers will be stepping each other on their toes to cover while you can make a profit from this unexpected piece of news.

A short squeeze is when a stock's price rises quickly, causing more investors to buy shares.

This causes the share prices to continue rising and eventually go even higher than before, which attracts more people that want in on those profits.

Short squeezes usually happen for stocks with low volume as they are less likely to be able to absorb all of this new money coming into their market without increasing their own selling prices.

As you can see from our list of indicators below, many times, these investments will increase in value drastically over a short period of time, so it pays off well if you can identify them early and take advantage. Keep your eyes peeled for any signs that one might be happening! 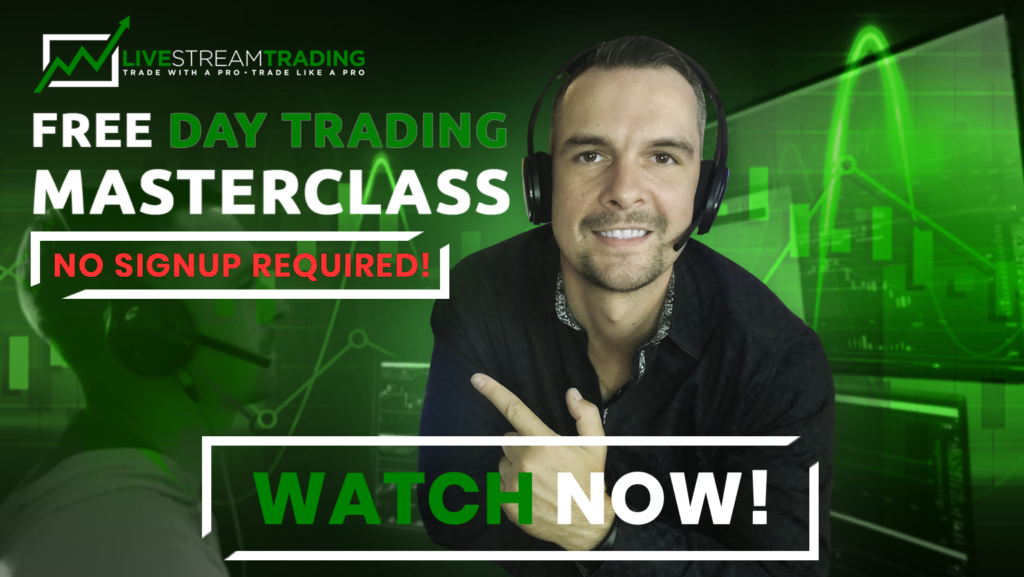 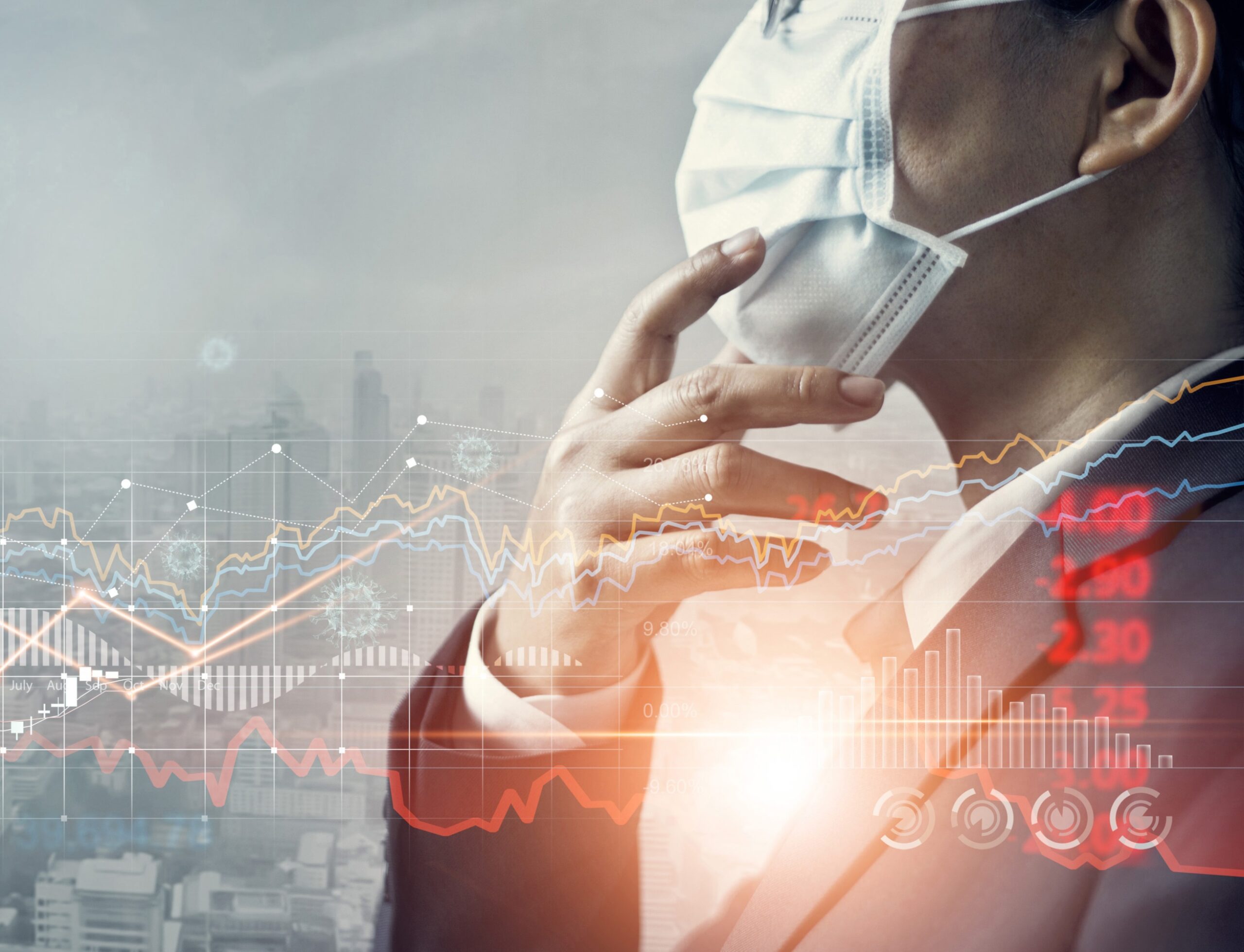 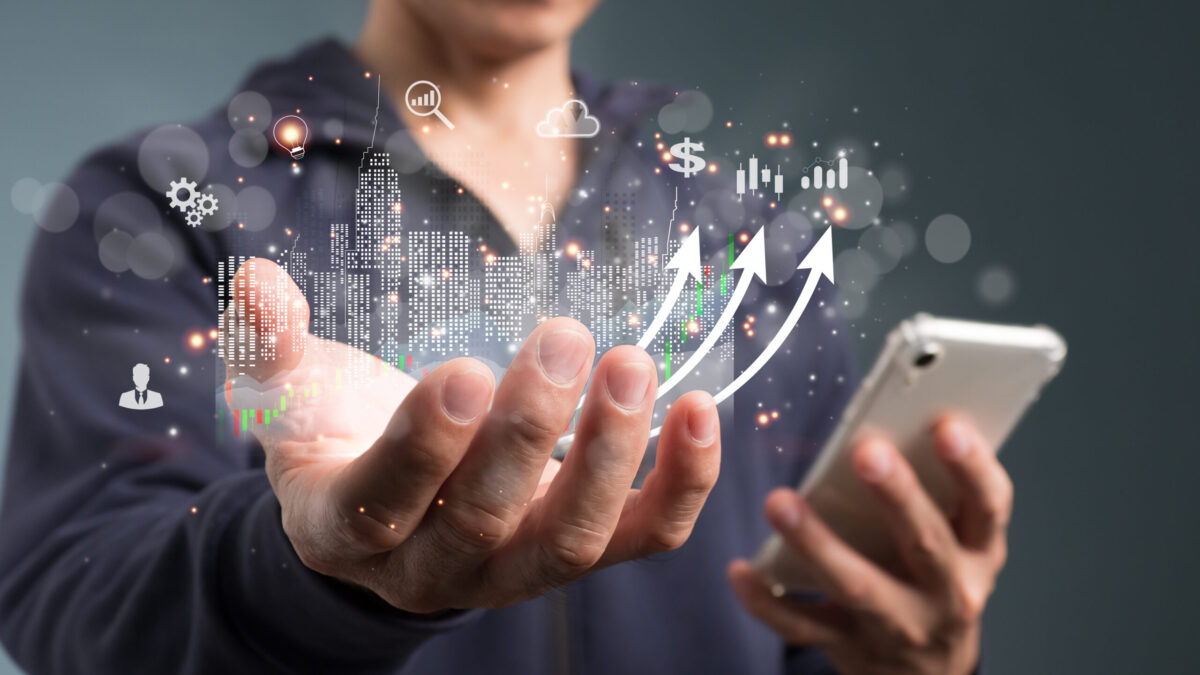